Sometime in January, I made the fatal mistake of saying to one of the Directors at the secret agency, “Whatever happened to First Thursdays?” ‘First Thursdays’ is NOT, as you may have imagined, a clever code name for a secret agent, but refers to a social event that is held on the first Thursday of every month. After work on this special day, we would all head to the nearest bar for drinks and food. It was a great way to mix, mingle, and watch senior management get tipsy. The event had fallen by the wayside over the last year, but we had a lot of new staff, and for some crazy reason, I thought I should bring it up.

“Oh yeah!” he said. “That was always a lot of fun.” Then he said the 5 words that filled my heart with dread. “Why don’t you organize it?”

He was a Director—I couldn’t very well say no. So I pondered for a while, and thought, “Well, OK.” Actually, my first thought was “Oh, F*CK”, but then I remembered how nice First Thursdays was for new staff to get to know people, so I decided to do it. A couple of weeks ago, I composed a really good email, using Broadway font as the banner, you know, to catch people’s attention. I’m normally a Times New Roman girl, or Calibri if I’m being lazy (my secret shame being that I was a diehard Comic Sans user for years until I was the subject of a font intervention, but that’s another story), so this was thinking outside the box for me. I sent the email to the Director in question for his approval. He emailed back right away with “Cool! I’ll be there!” But then I realized that I had no idea how to send an email out to over 100 people the way he used to do. Later that day, I bumped into him:

Me: So was the email about First Thursdays all right?
Director: Yeah, it’ll be fun.
Me: How do I send it out to everyone? Is there some staff link I can use?
Director: Oh, you can’t send it out in an email.
Me: Why not?
Director: Well, we wouldn’t be much of a secret agency if someone hacked our email and found out where we all were after work, would we?
Me: If someone hacked our email, doesn’t that mean they already know where we work, and could find us HERE?
Director: Well, there are liability issues…
Me: Can I put up posters?
Director: Um…I’d just spread it by word of mouth.

This was turning into a bit of an ordeal. I didn’t really have much choice though—at this point, the only two people who knew about the upcoming First Thursday were me and the Director. If I didn’t spread it around, February 1 would come, and he would go to the bar and be the only one there (since I had no plan to actually go myself under the circumstances). So I told a few people in my immediate vicinity, until I came to one of my more outgoing colleagues who said, “Why aren’t you using the chicken?” And I’m going to pause for a second so that you too can experience the complete lack of understanding that I felt in that moment. Ready now? OK, so “the chicken” is a rubber chicken wearing a sign around its neck that can be used to advertise social events. The sign tells people where to go and at what time, and instructs people to “pass the chicken on” to the next person. Brilliant, right? So I created a sign, stuck it on a rubber chicken, and gave it to someone to start passing it around. My job was done. And that was the last I saw of the chicken. 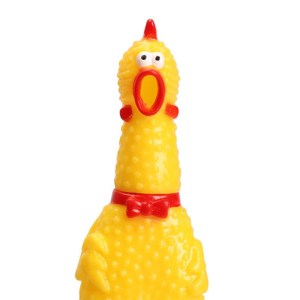 On February 1, after work, I headed down to the bar. There were a couple of people there, and after a while, a few more showed up, including the Director who’d started this debacle, until there were about 10 of us there. I thought it was a little strange, considering there are over 100 people working at the agency—10% turnout was lower than I’d expected. But we had a good time, drinking and eating and conversing awkwardly (well that was me, of course):

I just let that hang there so they could decide for themselves which part I was actually kidding about.

The next day, I was at a meeting and the subject came up:

Manager 1: Did anyone go to First Thursday?
Me: Yeah, it was good. There were only about 10 people though. I thought the chicken was going around.
Manager 2: Is that what the chicken was for?! It was creepy.
Manager 3: I think someone hung it up by a string in the break room.
Me: Next time I’m putting up posters.
Director: OK.

Naptime at the Movies: Part Deux

Last week, Ken and I went to see the movie Jumanji. I’d had a very trying day, being right in the middle of a short story—I know how I want it to end, but I can’t figure out yet how to get there. I was exhausted. We went to the VIP theatre, you know, the one with the reclining armchairs where there are waitresses who bring you wine and poutine. The movie was hilarious, but afterwards, I realized that there were definitely some gaps in my memory between the beginning and the end. If you’ve read this blog for a while, you’ll know that a) I have a bad habit of falling asleep during the movies and b) not long ago, I played a pretty good prank on my brother for doing the same thing during Bladerunner 2049 (I told him that Ryan Gosling’s character actually had wings, and I was so convincing that he had to google it later to see if I was lying or not—here’s the link if you want the full background story.). So the next day, Ken and I were driving to his parents and discussing the film:

Ken: I thought Jumanji was really funny. I like the part about the cake.
Me: Me too. And those guys on motorcycles were crazy!
Ken: I know, right? And their leader—talk about nasty, the way he vomited up mice.
Me (pause): Uh huh…the mice–yuck.
Ken: And how he was made out of giant bugs, and at the end, when he was defeated, the bugs all fell apart and scurried away.
Me: That IS really nasty.
Ken: It was crazy how he kept popping up out of nowhere because he had those wings.
Me: Oh yeah, those wings.
Ken: Seriously? You’re going with the wings? You WERE asleep! Oh my god, wait until I tell your brother!
Me: You jerk! Ok, but was Nick Jonas actually in the movie? Because I feel like that was part of some weird dream.
Ken: Yeah, he was there. With wings on. HAHA.

14 thoughts on “My Week 176: First Thursdays, Naptime at the Movies Part Deux”

Memoirs of a Wannabe World Traveller

“The world is a book and those who do not travel read only one page.” – St. Augustine

Happiness Between Tails by da-AL