It was a rather exciting week for good ole’ mydangblog. Exciting, as in full of disruptions to carefully-attended-to routines, mingled with a certain amount of terror. You see, dear reader, I was asked to appear on a local TV show to promote my new novel. That was all fine and well, but I’ve never been on TV before—aside from being on Big Al’s Ranch Party when I was very small (I won the birthday cake and had to speak to the host, a frighteningly large man wearing a cowboy hat and a sheriff’s badge),  a childhood appearance on Romper Room at the age of 5 (I drove the director crazy by insisting that it was Saturday and jumping up and down like a frenzied squirrel), competing on a Canadian game show called Definition at the age of 19 with my brother where you had to buy letters to fill in the blanks to solve a cryptic puzzle (damn you, “Kookie Sheet”—you will forever be my nemesis), and being interviewed by a local news station after witnessing a man run into a burning barn—actually, in retrospect, I’ve been on TV a lot. But I was still really nervous. Couple that with the fact that I had to go back to Toronto Sunday night to go to work on Monday, then come home Monday after work for the taping, then go back to Toronto on Tuesday night, then come home again on Friday…luckily, VIA had given me back all my train points so I was able to travel with minimal cost. And the upside was that I got to meet some very interesting people…

Sunday: My seat partner was a man who apparently had no personal space issues, and didn’t seem to recognize mine. He sat OVER the space between the cushions, because apparently he was raised by wolves. He bumped my elbow on several occasions, and insisted on talking very loudly on his cell phone to someone who I assume was his wife. The gist of the conversation was this: their son, a very academic and motivated young man, was upset because the family was going on vacation right before exams, and he was worried about not being able to study and pass said exams. The guy next to me was very clear with his spouse that “teachers just push them through anyway—he has nothing to worry about.” In his case, I can only assume that the apple fell VERY far from the tree. At this point, I put on my new Bluetooth headphones. A few weeks ago, I was ranting that the future wasn’t living up to all that I was promised as a child, but these headphones almost make up for the fact that there are still no flying cars. Almost. 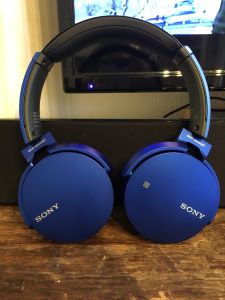 Monday: On the way back home again, I started to go to my seat. After Sunday though, I was a little gun-shy, and when I saw that there was only one person sitting in the foursome seats, I plunked myself down there, kitty corner to her. She smiled. I asked if she was going all the way to London. I also got a very strong whiff of marijuana. She started talking. She was going home for the first time, having been working on the east coast for a couple of years, but she’d been in the hospital and wanted to see her family now that she was better. Where had she worked on the east coast? I asked. A “medical dispensary”, she replied. A medical MARIJUANA dispensary? I inquired. She sheepishly smiled. Yes, the distinctive smell of pot was coming from her. Now, this might seem exactly the situation that I would want to avoid, but she was intelligent and delightful despite being stoned, which I’m starting to think is probably par for the course. Also, she knew the guy who had just won the first round of a new TV singing show called The Launch, which reminded me of a few weeks ago when I met another young woman who was the cousin to the guy who plays for one of Canada’s top curling teams. And I was like, Damn—I’m getting to know some minorly famous people by riding this train so much, and also, Is it weird that I’m super-introverted yet I strike up conversations with strangers?

So on Tuesday, I got up and put on my new dress (the day before, I had gone to Winners with two friends from work, who helped me pick out something that would look good on camera) and went to the TV station. I was super-nervous, mostly because I had no idea what they would ask me, and I didn’t want to come off like a babbling idiot, but my lovely auntie was there and she made me a cup of tea. The two co-hosts of What’s Up Oxford? were young women who both worked for Goodlife Fitness as trainers, and they made me feel comfortable, and just slightly like I should be exercising more, but the problem was that no one said anything about when the taping would start or where I should look. They all had headsets in, and at one point they just turned away from me and exclaimed cheerily, “And we’re back!” And it reminded me of the time when I was the principal of an International Languages school, and I would be asked to “say a few words” on special occasions. I would be waiting on the sidelines as someone addressed the crowd in whatever language, practicing how I would say Happy New Year in Vietnamese or whatnot, when suddenly I would hear, “And Suzanne!!”  It always took me by surprise, and I would have to then run to the stage in a panic and say “Chúc mừng năm mới!“ Then the crowd would laugh and clap, and I would hope to god that I’d said “Happy New Year!” and not “These chickens are green!”.

Anyway, things were going pretty well, what with them asking questions and me answering them, until suddenly one of the women said, “Can you hold the book up for us so that everyone can see it?” and I did, but I had no idea where to look, so I’m sure that when the show is broadcast, it will feature me looking around wildly at some point and then just closing my eyes and hoping for the best.

Tuesday: On the way back to Toronto, my seatmate slept all the way there. With her mouth hanging open.

Friday: One of my new colleagues takes the train home sometimes, so we swapped seats with other people and sat together. It was nice. We drank wine and chatted. Also, she’s tiny, so there was no encroaching over the gap between the seats. She’s the perfect seat partner.