This whole social distancing thing may or may not be making me a little punchy. A few days ago, I set out to buy groceries, and prior to the last few weeks, I had never “set out” like I was f*cking Magellan looking for (she googles “Magellan” to find out what the hell he was looking for) SPICES, although I DID need some turmeric. Something that used to be so easy and pleasurable has become quite the ordeal, especially in Canadian False Spring, which is to say that it’s technically Spring according to the calendar, but according to everything else, it’s still Fool’s Winter, which is when you are a FOOL and don’t dress for the actual weather. And that was me, standing there shivering and wearing vinyl gloves instead of mittens, lining up to get into the grocery store like it was a goddamned roller coaster—in other words, a very long wait, but without the reward of 60 seconds of exhilaration—unless bacon is on sale.

Anyway, I was fine in the store, and got everything I wanted, despite the media hysteria about how we’re all going to be starving and poop-assed. But on the way home, I drove through the same small town that I usually drive though and as I got to the section where the speed limit lowers, the warning light at the side of the road began to flash my speed as I started to slow down. It was a 50 km/hour zone, and for my American friends, I have no idea if that’s like a gazillion miles per hour or (she googles “How many miles per hour is 50 kilometres?”) THIRTY-ONE POINT ZERO SEVEN. And the damn light kept flashing red, even though I was going 54, as if I was Baby Driver or whatnot, and I yelled, “I’m doing my BEST, you passive-aggressive piece of SH*T!! F*ck you!” and I gave the flashing light the finger. 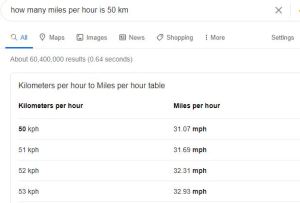 Now, I don’t really believe that an inanimate, solar-powered traffic light can actually be passive-aggressive. I mean, it’s not like it’s a husband who, when you chide him for taking his SECOND nap of the day, later posts an article on Facebook about how great naps are and how people should have at least two every day and no one should criticize them for doing it.  No, it’s not like that at all. And it’s not like it’s a wife who, upon discovering that her husband has spent the afternoon secretly watching a movie that they both wanted to see when he was supposed to be outside gardening, says “Oh, I see. That’s fine. I’m glad to know that the next time I want to watch something that we were both interested in, I don’t have to let you know. No problem.” Noooo, it’s not like that at all.

But my point, and I DO have one, is that people give their wifi extremely strange names. This point may seem to be a complete divergence from what you have just been reading about, but bear with me. As you know, I’m working from home. Last week, I had to change the password on my work computer and when I did, my whole system locked up. I was on the verge of a breakdown, having lost access to just about anything, and I’d been on the phone with one of our lovely secret agency IT guys for over an hour. We were trying to reconnect my VPN and he suggested using my phone as a personal hotspot. “Open your wifi and see if you can find it in there,” he suggested. My phone is known as “Suzanne’s Iphone” which seems pretty human and normal, but then a bunch of other wifis came up and I was like “WTF? You’re allowed to NAME your wifi?!” We have a central router in our house and then three boosters, but they are all just identified by numbers like 560 or 770 (those are fake numbers just in case my neighbours are reading this). But when the list came up, there were things on there like “2BoyzIntheBigCity” and “JaysPad” and I thought for a minute that my life had become a hip-hop video. Who ARE these people? I live in a very small town, and I haven’t seen any funky fresh folks around lately, but those wifi names suggest otherwise. I was intensely curious about this:

Me: Is there anybody in our neighbourhood named Jay? There’s a wifi on here that says “Jayspad”.
Ken: I don’t think so. What’s the name of that new guy across the street? Maybe it’s him.
Me: He doesn’t look like a Jay. I doubt that he has a nice pad.
Ken: What?
Me: You know, like a bachelor pad. My Jay has a funky fresh pad. I’ll bet his living room is all decked out in animal prints and he has a sheepskin rug and a wetbar and those swirling disco lights—
Ken: Ipad. Jay has an IPAD.
Me:
Ken: IPAD.
Me: Stupid Jay.

And then I was sad, because if I’d known I could give my wifi a personalized moniker, it would be known as Player One, OBVIOUSLY. Apparently I could change it if I wanted to but (she googles “How do you change your wifi’s name?”) it’s way too complicated. As for 2BoyzIntheBigCity, I’m fairly convinced right now that it’s the two teenaged brothers across the street being ironic, which I admire them for, almost as much as I admire whoever named their wifi “Nachowifi”. Can I use your wifi? No, because it’s Nachowifi. Passive aggressive, am I right? Yeah, it’s a tenuous link back to the beginning. Fight me.