Wednesday: There are some stories you should never tell.

On Thursday afternoon, one of my coworkers came over to my department. “Do you want to hear a funny story?” he asked.

“I’m stopping you right there,” I said. “There is NO funny story that starts with ‘I had a graph’.”

But he persisted, and it turned out that the story WAS pretty funny, involving him and an editor who disagreed on the information in the graph to the point where my colleague removed the original of the item in question and sent it back to edit. 5 minutes later, the editor came to his desk to ask him if he knew what had happened to the first copy. When he feigned innocence and said, “No”, the editor pointed to the recycling bin under his desk and asked, “Isn’t that it right there?” because he had tossed in the blue box FACE UP. His only resort was to say, in mock surprise, “How did THAT get there?!” I don’t think the editor was fooled for a second—they’re a wily bunch.

I realize that you’re probably not laughing as hard as I was when he told me the story, mostly because there’s a lot that gets lost in translation between a story that you try to write down after someone tells it to you. My colleague DOES tell a good story, graphs notwithstanding, unlike other people I’ve known, including myself, who is renowned for being “just not that funny in person” as I am when I’m writing. It put me in mind of the end-of-year staff breakfasts we used to have in my previous workplace, where one of the VPs was always invited up to give his “Top 10 Funniest Moments” of the school year. They were always, without exception, anti-climactic and often lacking any discernible punchline.

VP: So we caught the young couple in the throes of amorous foreplay in the middle of the football field. The girl’s mother, naturally, was furious. So much so that we had to call Child and Family Services. I hope that group home they sent her to was nice…

VP: The young man was so high that he couldn’t stop laughing. At least until the police showed up. Then it was just tears, tears, tears… 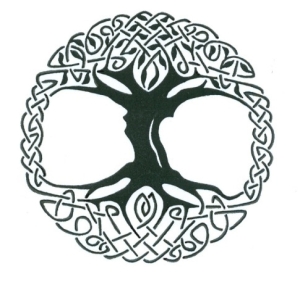 Yep. The guy did NOT know how to tell a story.

But it occurred to me after all the weird storytelling this week, that there are other storystarters that really can’t ever be funny. Here are my top 5 things which, from my personal experience, will never lead to a good laugh:

1) Here’s a funny story—you know the sound a cat makes right before it vomits…?

A long time ago, we had a cat named Chaucer who would puke on an almost daily basis. We had him tested for all kinds of things, but there was nothing discernible wrong with him. Yet almost every day, he would announce the upcoming projectile with an unearthly yowling. Then we had to race around the house looking for him, trying to put something under him before he ruined yet another carpet. We were having a dinner party once, and we were just in the middle of appetizers when the conversation was interrupted by “OWLLLLL, MEOWWWWWLLLLLL, MRONNNNNNGGGGGG !” Everyone looked terrified. Ken leapt up and ran out of the room with his napkin. I took another bite of salad and said, “It’s just the cat. He’s going to throw up. Sigh.” This went on for years, until our dog died (the same dog I wrote about last week who used to leave his food in his bowl all day). After a few weeks, we got another dog who ate every piece of kibble in under 10 seconds, and miraculously, the pukefest stopped. Then one day, we heard Chaucer sounding the alarm and found him next to a piece of dog kibble that had rolled under the counter. Turns out that he had been eating the dog’s food every day for years, and it made him sick every time he did it. Cats are stupid in general, but Chaucer was dumber than most.

This is always a tragedy. The only way this story will ever be funny is if it ended with you finding more wine. I was at a wedding yesterday, and there was an open bar, which sounds fantastic, but all they had was hard liquor and tropical coolers. It would have been tragic, but then I realized that there were wine glasses on the table. And at dinner, the servers all came around with multiple bottles of wine and I was overjoyed. But the white wine was a Muscat, which is supersweet and almost undrinkable, and then I was sad again. It was an emotional rollercoaster, let me tell you.

No. The only time I was ever at a strip club was when I went, ironically, to a Chippendales show for a friend’s stag-ette party. The guys came out, all sweaty and gyrating, and the women went wild. But then the guys starting shoving T-shirts down their sweaty pants and throwing them to women in the crowd. My OCD hygiene issues kicked in full force and I literally had to leave, running and dodging as I went. The ONLY good thing about that night was that the doorman asked me for ID. (I related this story to my tattoo artist/former Chippendales dancer and he responded with “I know. We used to be so much more classy.)

I don’t know about you, but I’ve never found anything about the Bible, New or Old Testament, remotely funny. Maybe because of all the smiting and death and sh*t. And that’s a total lie, because I can find humour in everything, but people who are very Bible-y don’t have the same light-hearted attitude. I remember once writing about how I saw a billboard that said “Take Jesus on vacation with you”, and I wrote what I thought was a very funny post about what would happen if you DID take Jesus on vacation with you, like to Great Wolf Lodge. But I had a couple of readers who were devout Catholics (like there’s any other kind, haha) who were like “That’s not funny. Jesus would never go down a waterslide.” And I was like, “But all the water would be holy”, and they were like, “Just stop.” Luckily, they unfollowed me BEFORE I wrote about the high diving Jesus on the church door across the road (see My Week 63 for reference—or irreverence).

This is the stuff that nightmares are made of. This actually happened to me when we owned a cottage. This entitled squirrel decided that she owned the place and she was super-intimidating. I started calling her “Charles Manson” until Ken pointed out that she had two rows of squirrel boobs, so I changed her name to “Squeaky Fromme”. One day I looked up at the roof, and saw her halfway in and halfway out of a little hole under the eaves. I started screaming, and she took off. Later, Ken and I were sitting on the porch—I had my back to the driveway. Suddenly, I heard a noise, like a demon muttering, and I turned around—Squeaky was actually sneaking up on me. She had taken up residence in our attic, where she had some babies who were also little dicks. We finally live-trapped them all and drove them out to the country (this, unfortunately, is not a euphemism—Ken was all like “Oh, we can’t just kill them…” and normally I would agree, but that squirrel had devil-eyes, to borrow a phrase from the great Tracy Morgan).

Thursday: Mysterious visitors in my condo

When I came back to Toronto after my extended vacation/recovery from surgery, I found a rolled up piece of tinfoil on my coffeetable. I didn’t know where it had come from, but Ken had been there with me for a couple of days in August, so I asked him if he’d left it there. “Maybe,” he said. “Did it look like a chocolate wrapper?” It kind of did, so I didn’t give it more thought. Then, a couple of weeks ago, when I went back for the week, it was really hot. I’d had the air conditioning on the night before, but I shut it off before I went to work. When I came back, the air conditioning was on full force, and I got a little worried. After searching my condo, which took about 20 seconds since it’s only 600 square feet, I was still worried. But then I realized that I was probably being ridiculous—what kind of intruder waits inside your condo all day for you to come home and at some point is like. “Gosh, it’s hot under this bed—I should turn the air conditioning on while I wait”? When I told Ken, he was like, “Come on—you probably just forgot to turn it off. Don’t worry—just keep the chain lock on when you’re home.”

But then the other night, I got ready for bed. I turned off all the lights and put the fan on. I fell asleep, but a couple of hours later, I woke up like a shot for some reason. Then I realized that the hall light was on, and the FAN WAS OFF. I freaked out and did what any reasonable person would do—I called Ken. But he didn’t answer, being that I thought the clock said 5 minutes to 11, but it really said 5 minutes after 1. I searched the condo again, even more worried because, thanks to Ken, my chain lock WAS on, which meant that I was potentially LOCKED IN with someone nefarious who hated both the dark and cool breezes. So there I was, phone to my ear, ringing and ringing, while I flung open closet doors and threw aside bed skirts. Nothing. Finally, I just went back to sleep, still a little freaked out. Ken messaged me in the morning to ask why I’d tried calling him at 1 in the morning and I answered, “Here’s a funny story—”

6 thoughts on “My Week 104: Some Stories Should Never Be Told, A Mysterious Visitor”